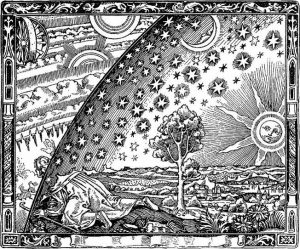 One aspect of my work as a science writer is my involvement in the relationship between science and religion. For me, as a Christian, there is no inherent conflict between the two.

I give talks to all sorts of groups, often from churches, schools or student societies, discussing the possibilities and limitations of science. Usually, the ample evidence for evolution serves as a case study. I also write about the subject, for Christian media, my weblog or the website Geloofenwetenschap.nl (‘Science and religion dot nl’). I have also (co)authored several books on the subject.

I have worked on two Science and Religion projects from ForumC, funded by the Templeton Foudation and BioLogos. You can read more about the second project in this blog (orignally published on BioLogos.org)

As a Christian, I stand for the classic confessions of faith. But I also stand for the results of science which date the Earth to 4.8 billion years, and show lots and lots of evidence for the evolutionary history of all life on our planet – including humans. My position in this debate is often described as ‘evolutionary creation’ or ‘theistic evolution’.